The One up fever _ a short Mokumentary 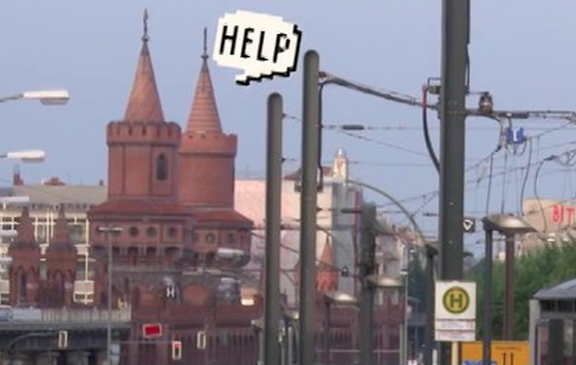 17 Gen The One up fever _ a short Mokumentary

Posted at 16:57h in Senza categoria by matead

[av_textblock]
In the city of Berlin everyone is going crazy for a new smartphone app. Anyone with a smartphone can play a sort of Super Mario Bros arcade game in Augmented Reality and has a chance to win Bitcoins just by playing. One coin corresponds to 0.01 Bitcoins. The citizens’ habits are tainted by the game. Coins are hidden all over the city, you can spot them by scanning the local area with your device, but often they are not easy to grab. People started to leave their jobs in order to collect Coins in the streets. All over the city people are jumping and running around with their smartphones, trying to grab as many virtual coins as they can, while the App developers’ identity remains covered.